On December 11, I will be presenting a CLE on Brewery and Distillery Law, discussing trademark issues affecting breweries and distilleries.  One of the topics that I’ll spend some time on during that presentation – and one that we’ve covered a lot here – is how the Trademark Office considers beer to be sufficiently related to wine and other spirits when evaluating a pending application for a likelihood of confusion with a registered mark.  The same has, in a few cases, been said about these alcohol products being related to restaurant services or bar services.

In today’s episode involving this issue, Heritage Distilling Company in Washington filed a trademark application in 2016 for a standard character mark BSB for “distilled spirits”.  The Trademark Office refused registration of this mark, however, based on a prior registration by Black Shirt Brewing Company for the following mark for “brewpub services; taproom services; taproom services featuring beer brewed on premises.” Meanwhile, Heritage Distilling Company filed for the logo below and that went through the office with ease.  Not even an Office Action.  It was filed on April 28, 2017 and registered on October 3, 2017. Heritage Distilling Company appealed the Examining Attorney’s rejection of its standard character mark for BSB claiming, in part that brewpubs and taprooms are not generally known for distilled spirits.  Although finding the marks to be similar, the Board agreed that the claimed services of the registration were not sufficiently related to support a likelihood of confusion.  “To establish likelihood of confusion a party must show something more than that similar or even identical marks are used for food products and restaurant services.”  In re Coors Brewing Co., 343 F.3d 1340 (Fed. Cir. 2003).  The Board further noted that “the definitions of taproom and brewpub refer to beer and food, not spirits. ”  Based on the evidence of record, the Board determined that the Examining Attorney had not satisfied the “something more” requirement here and found that the goods and services were not similar or related.  Only because the record failed to show these goods were related, the Board reversed the refusal.

So what if Black Shirt Brewing Company had instead filed for their mark on “bar services”?  It’s possible that the Board may not have reversed the refusal because there would have been a more clear association between a distilled spirits and bar services.

Taking that a step further, what if Black Shirt Brewing Company had filed for the mark on “beer”?  That would have likely made a refusal of BSB in standard characters over BSB on beer more difficult for the Trademark Office to reverse.  The “something more” standard would not apply when comparing goods to goods – beer to distilled spirits – as it does when comparing food products and restaurant services.  The brewery never filed for its house mark for beer, yet a few months after these applications were filed, they filed for some of its beer names for “beer”.   Here’s the specimen from one of those filings in 2014.  Would you have filed for BSB for beer? 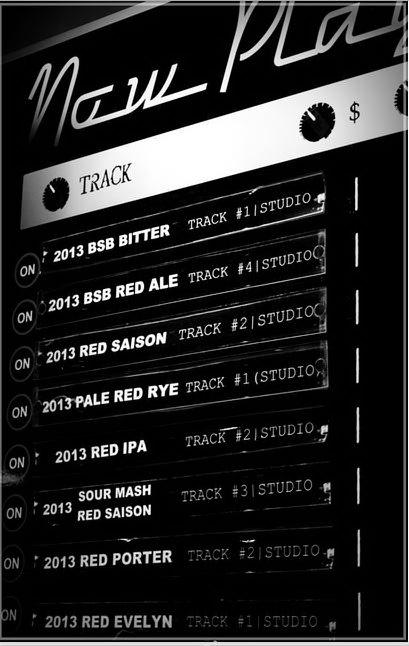