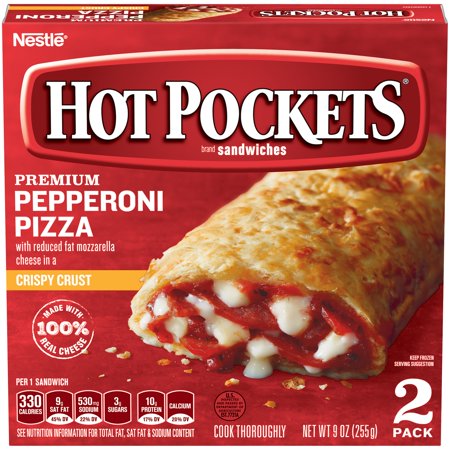 We’ve covered many trademark and brand management themes over the last eleven years, this falls in the category: The Right-Sizing of Trademark Protection?

As reports emerge about the recent Coronavirus fear driving people to clear store shelves to stock their home pantries and freezers, a Hot Pockets TV ad hit me.

The NFL is known as a trademark monetizing machine, and this year’s “POT BOWL” is not without its share of trademark stories.   It was recently reported that running back Marshawn Lynch of the Seahawks makes six-figures (for charity) from licensing his BEAST MODE trademark.  Both the Broncos and the Seahawks have battled with Texas A&M…

Most responses in crisis situations fail in the first hour or two. That’s because the most challenging aspect of readiness for urgent situations is the strategy for first response; literally, what you do first, second, third, etc. Problems become emergencies, crises, or disasters due to the hesitation, timidity, and confusion that occurs as the threatening nature of a situation rapidly unfolds is recognized, and management is overwhelmed.

When a crisis occurs, management has a crisis of its own.

A successful first response depends on the activation of appropriate counter measures and proactive decision making that were pre-authorized during the crisis response and readiness planning process.

If we’re looking for the one word definition of readiness work, it is this concept of pre-authorization. If decisions can be programmed into a response scenario and executed instantly, the most successful response and the overall success of dealing with the challenges presented by crisis situations will be met.

The most powerful ingredient of scenario based readiness work is what happens when a specific threat is identified, hypothesized, and time lined. Many of the critical decisions that will have to be made in the sequence of events can be identified, brought to management, and decisions made well ahead of time.

Perhaps the most useful and appropriate model or metaphor for first response strategy is “The Golden Hour” concept, which comes to us from wartime battlefield medicine. It was probably the Korean War that taught us the benefit of bringing sophisticated medical care and facilities to the front lines rather than transporting the wounded miles behind the front lines for medical treatment. The lesson was that the severely wounded who received medical treatment within minutes of injury had a survival rate enormously higher than the soldier who was treated well beyond the first 60 minutes of injury, if they even survived the journey. Time and again, major problems turn into crises or worse due to lack of initial momentum to do something, to make decisions, and to begin grinding down on the problem. Speed of action beats smart action every time. Preauthorization enables more smart decisions earlier in the response.

An appropriate, scenario-based first response checklist will help deal with the most urgent, crucial matters and decisions as early as possible. This is possible because crisis managers considered a wide variety of decision points during the planning and testing phases of readiness preparation, and pre-authorized many of those decisions to achieve a more prompt response.

Relax when you review this checklist. It is complex and comprehensive, and based on years of experience mostly learning from things we failed to do when we should have. One of the potential criticisms of this approach could be the “fear of overreacting.” This is a totally phony fear. In 30 years of crisis management, some involving enormous tragedy, not one single case of overreaction has ever been observed or documented. To the contrary, more common is indecision, timidity, hesitation, and confusion leading to far broader litigation exposure, larger clusters of victims, a longer public memory of less than appropriate behavior, and serious damage to an organization’s reputation.

Note that the First Response Checklist also includes monitoring your responses and dealing with the issues and collateral damage that responding always causes.

I have also included an After Action Analysis outline below the jump.…

END_OF_DOCUMENT_TOKEN_TO_BE_REPLACED

As a trademark type, the focus on the square shape and surrounding symbolism leaves me wondering whether Wendy’s is cleverly laying the groundwork for claiming non-traditional trademark rights in…

How do you feel when you’re being a bit indulgent? Guilty, perhaps. Sometimes it’s just something small, something you can enjoy without too much of an afterthought. The whipped cream atop your favorite coffee house (low fat) drink might be one of those treats. It is for me.

Think of your favorite brands of clothing, beverages, restaurants, or insurance–any product or service you like and purchase. You could probably name two brands or more in every category in addition to competitive brands that you’ve chosen not to buy, or haven’t bothered to try. Take a little bit of…

Trademark types frequently encounter brand owners and managers with substantial misunderstanding and confusion about when use of the federal registration notice symbol is lawful. Most of the time a misuse or technical violation results from an honest mistake, but sometimes the misuse is, and starts out intentional, or perhaps the misuse begins to look intentional if it isn’t promptly…

Let’s be honest: There’s a lot of bullshit in branding.

It’s a pity — and it’s a threat. Because today, brand or marketing communications exuding any whiff of bull will be distrusted, discredited and derided by today’s cynical audiences.

And no audience is more cynical than the 18-34 years-olds — the Millennials — who were born into an online marketplace awash in spam, paid “user” reviews, phishing and other greedy deceptions.

These cynics can sniff out bullshit from a mile away. Actually, they’re waiting for it. And when they zero-in on the source of a communication’s stench — an exaggeration, an ambiguity, an inconsistency, nonsense, a promise too good to be true — they’ll pounce. And rather than just take their business elsewhere, they’ll take up a cause to expose and punish the bullshitting offender by urging others to boycott.

END_OF_DOCUMENT_TOKEN_TO_BE_REPLACED

"The name is Bond, James Bond," said Sean Connery, Roger Moore, and Daniel Craig, among others, countless times in film, as part of the famous 007 series. An ideal name for a secret agent. A name and line not easily forgotten, as brands and taglines should be.

And then, there are some names you’d like to forget, but can’t, especially if they are associated with personal injury lawyers, who probably "suk" even more than trademark lawyers (who merely have been dubbed the most basic figure), right?

Well, using Dan’s post from Friday, as a catapult (or, perhaps a hole-digger) for discussion, I’m thinking the jury is still out on 3 being the magic number, at least as it pertains to the 3 letters forming a rather rare surname (Suk) and the same number of words forming a curious (and hopefully misdescriptive) law firm name (Suk Law Firm), so, sorry Dan, I’m not sure there is any way to pull a rabbit out of the hat on this troubled tripartite branding combination:

Seeing the signage here, I’m thinking that any new or temporary receptionists at this law firm automatically require more intense phonetic training than your average law firm receptionist. In fact, this little gem (hat tip and photo credit to Max) probably rivals those spotted by Mark Prus in his recent guest post entitled: "Name Development Faux Pas, a.k.a. What Were They Thinking?!"

Ironically, the tagline for the Suk Law Firm is composed of these 3 words too: "Think About It."

So, I’m assuming they followed their own advice and did, but nevertheless, it probably came down the same way the Drury Inns name did, since the surnames in question no doubt have a great deal of goodwill associated with and emotional attachment to their founders. Might a naming consultant, nevertheless have said, forgetaboutit?

In any event, one of the things I’d be inclined to think about is how the brand name might sound when spoken, especially in a world where word-of-mouth marketing is key, and also how it might be perceived by those in the relevant public, given the possible truncation from its four-letter cousin. Apparently Suk, when the surname meaning is intended, sounds like "cook" or "book," not "pluck" or "stuck." Oh, the things phonetic punctuation symbols can and should be used to do, to help guide the intended meaning by signaling long and short vowel sounds!

On a related note, it reminds me of the unintended meanings that can result when critical spacing is omitted, as was the case, between the branded words "LA  MER" to yield LAMER.

Although mispronouncing the Suk surname may be bad enough, when one examines the derivation of the name, it doesn’t appear to improve much on the meaning front either, since Suk apparently is not only a nickname for a "powerful, unyielding man," but also a "stubborn, awkward one". Hmmm, it’s all beginning to make sense now.

For those with any modicum of lingering interest, the Trademark Office’s treatment of SUK appears below the jump.…